Many people know Thanksgiving (also known as Día Acción de Gracias) is a day in which American families “give thanks” by spending time with their families and eating too much food. And many people also know that the following day, Black Friday, is as a day of discounts and sales celebrated across the Western world.

But why is Black Friday called “black?”  For example, why not “Green Friday”, because of all the money people spend?  Or maybe Blue Friday, because the weather gets much colder at the end of November?

Well, “Black Friday”—like so many holidays and English phrases—actually has more than one possible origin. The most popular explanation comes from the city of Philadelphia, whose police department first called this Friday “black” in 1966 because of the chaos and traffic jams[1] that happened in the city center as a result of so many people going shopping.

For years, English-speaking countries have used the color black to describe unfortunate economic activity. October 24, 1929 is known as “Black Thursday” and was the start of the Great Depression, the biggest economic crisis in America’s history. More recently, October 19, 1987 was labeled “Black Monday” because on that day the stock market dropped[2]22%.

Nowadays, Black Friday is more or less a positive thing because it ushers in[3] the start of the holiday shopping season. Like seasonal rebajas in Spain, lots of people enjoy going shopping either in stores or online and spending less money on Christmas gifts.

However, in recent years in America, some big stores and supermarkets have started to open earlier and earlier on Black Friday, even on Thanksgiving evening. As a result, many workers are now obligated to spend their Thanksgiving holiday not with their families, but working late into the night. For them this holiday may indeed[4] feel quite “black.” 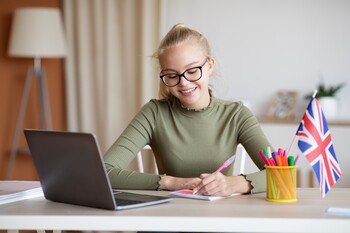 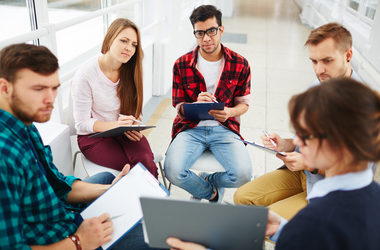